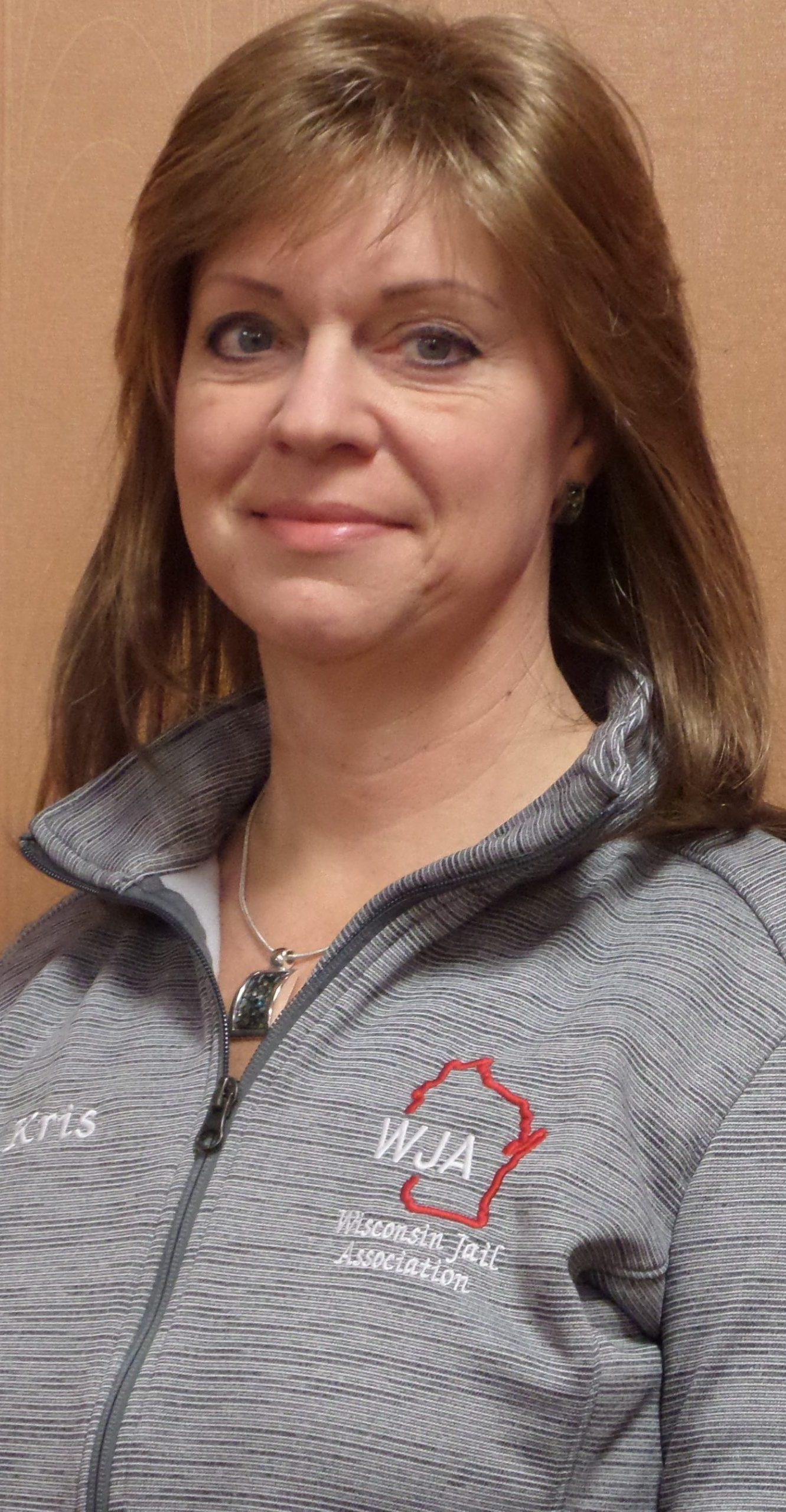 Hello, my name is Kristen (Kris) Anderson. I have been in the field of Corrections for over 20 years with the St. Croix County Sheriff’s Office and I am dual certified for Jail and Patrol. During that time I have been an FTO, adjunct instructor at CVTC, CIT trained, Sergeant, Lieutenant, Program Director/Volunteer Coordinator and Captain/Jail Administrator.

I have an A.S. in Protective Service, B.S. in Criminal Justice with a minor in Psychology, and a Master’s degree in Leadership and Management in Law Enforcement. I am also a graduate of the National Jail Leadership Command Academy.

As you can see I believe in life-long learning and look forward to being a part of an organization that brings training and professionalism to the field of Corrections. 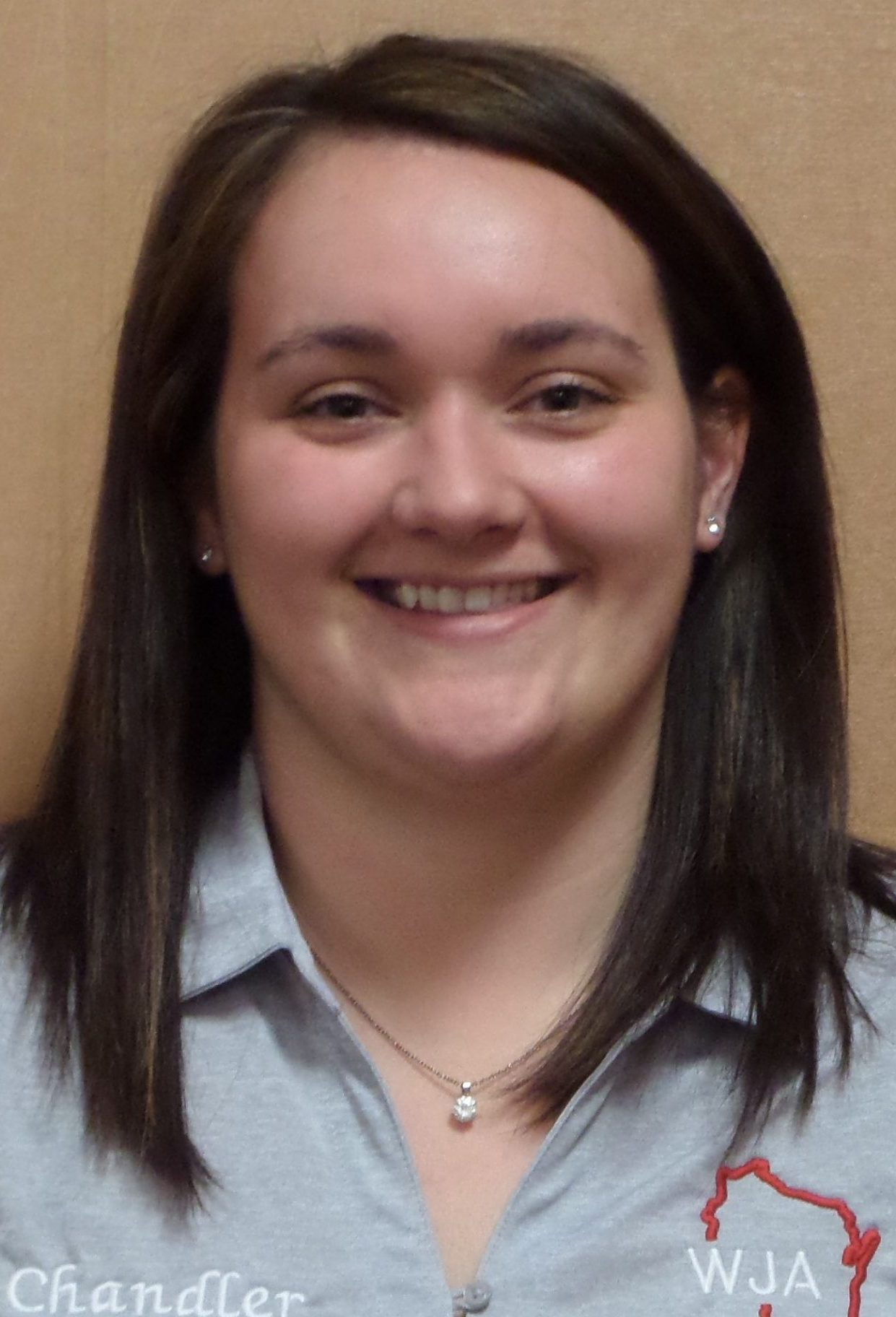 Chandler Lehrer has been with Washington County since August of 2016. Since then, she has taken on a number of different roles including, Booking Officer, S.R.T. member, classification officer and assists with Deceased Records.

She joined the Wisconsin Jail Association in January of 2020 and shortly after took on the role of Secretary. 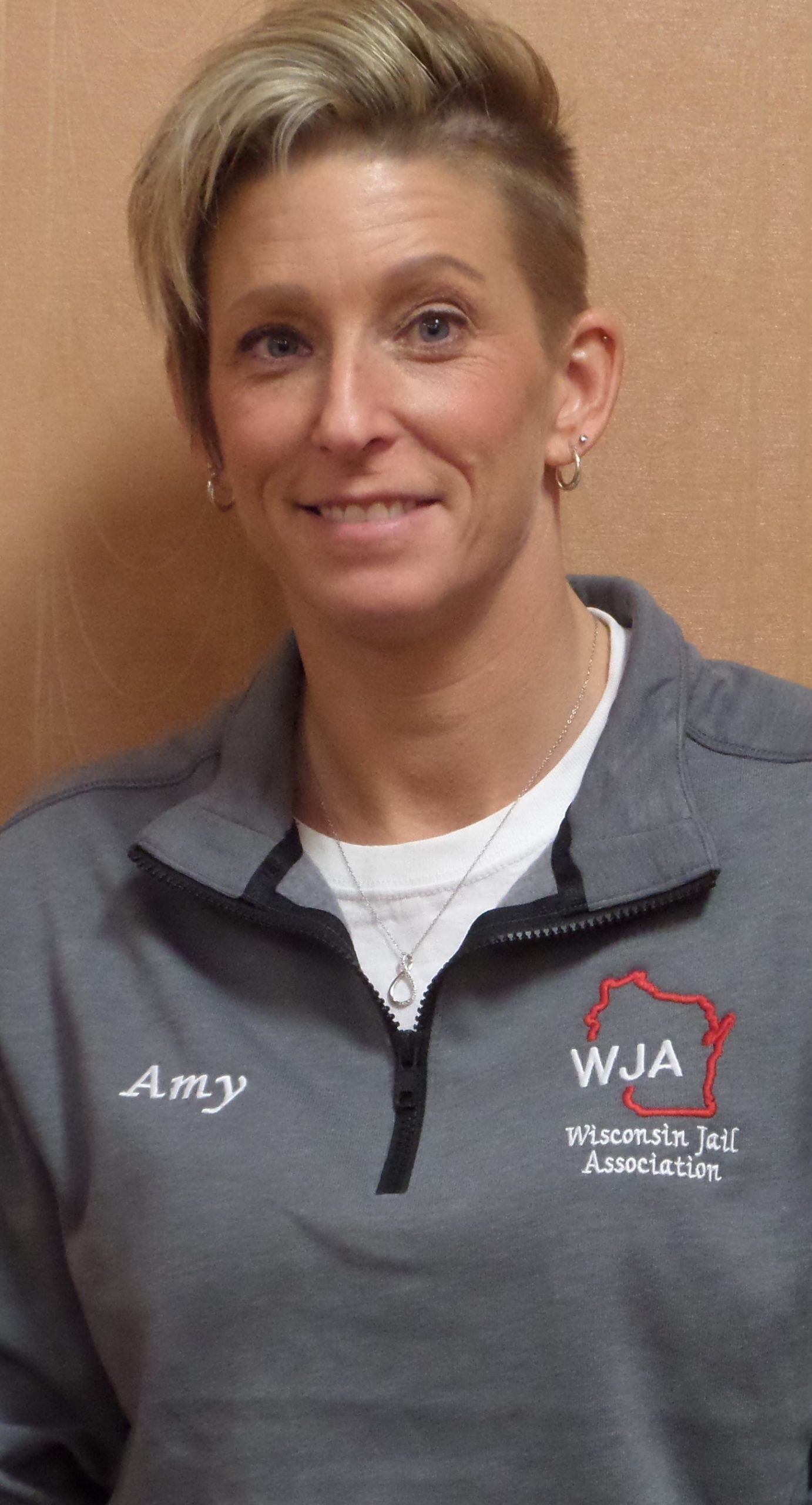 Amy has been a board member of the Wisconsin Jail Association since 2005. She has held numerous positions in the association to include Vice President, President, and Past President. 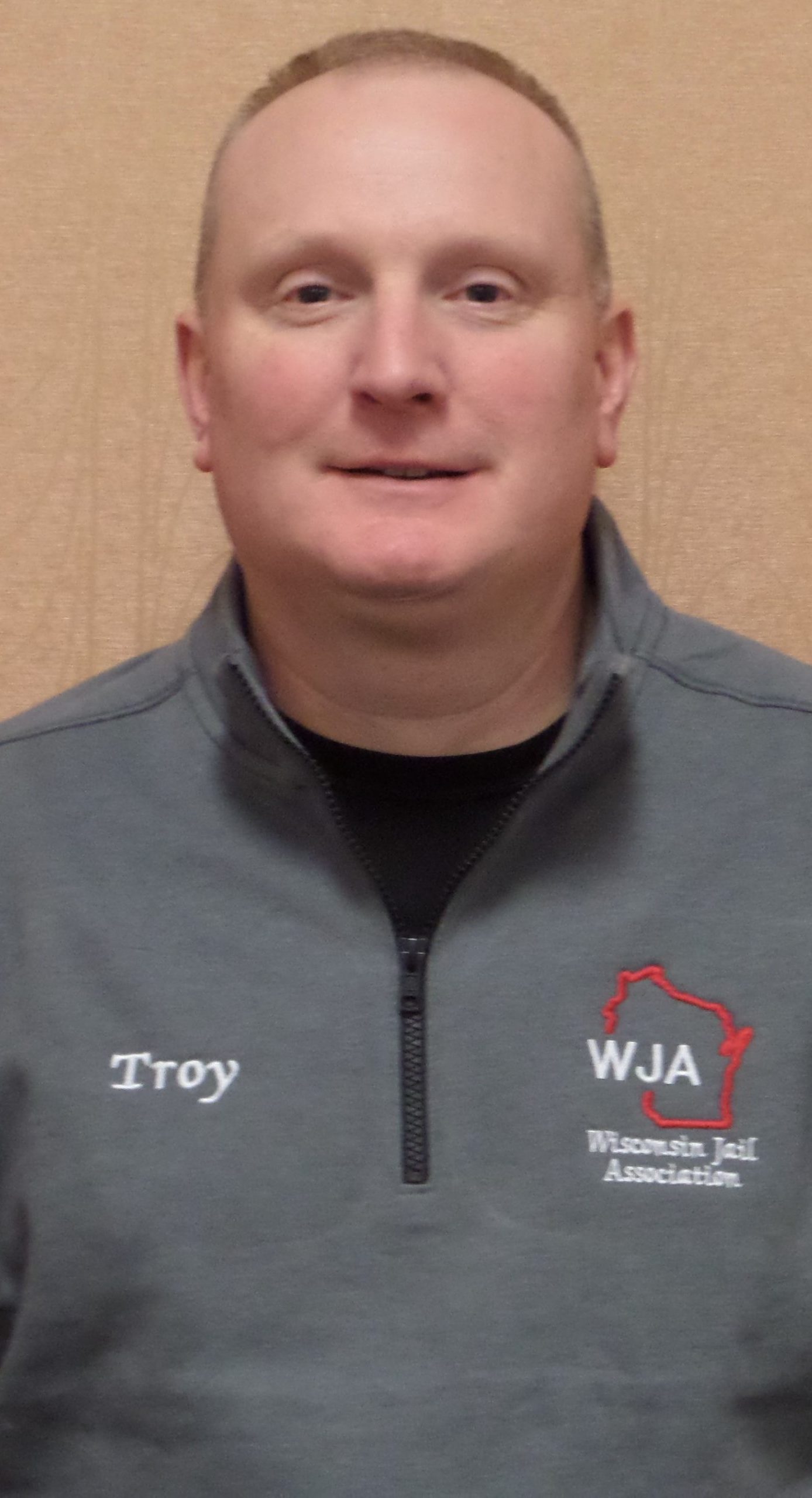 Troy has been employed with the Shawano County Sheriff’s Office for 24 years. He has held the position of Corrections Officer, Jail Sergeant, and is currently a Jail Lieutenant with the department.

Troy has been a board member of the Wisconsin Jail Association since 2009. He has held numerous positions in the association to include Secretary, Vice President, President, and Past President. He currently serves as the Treasurer. 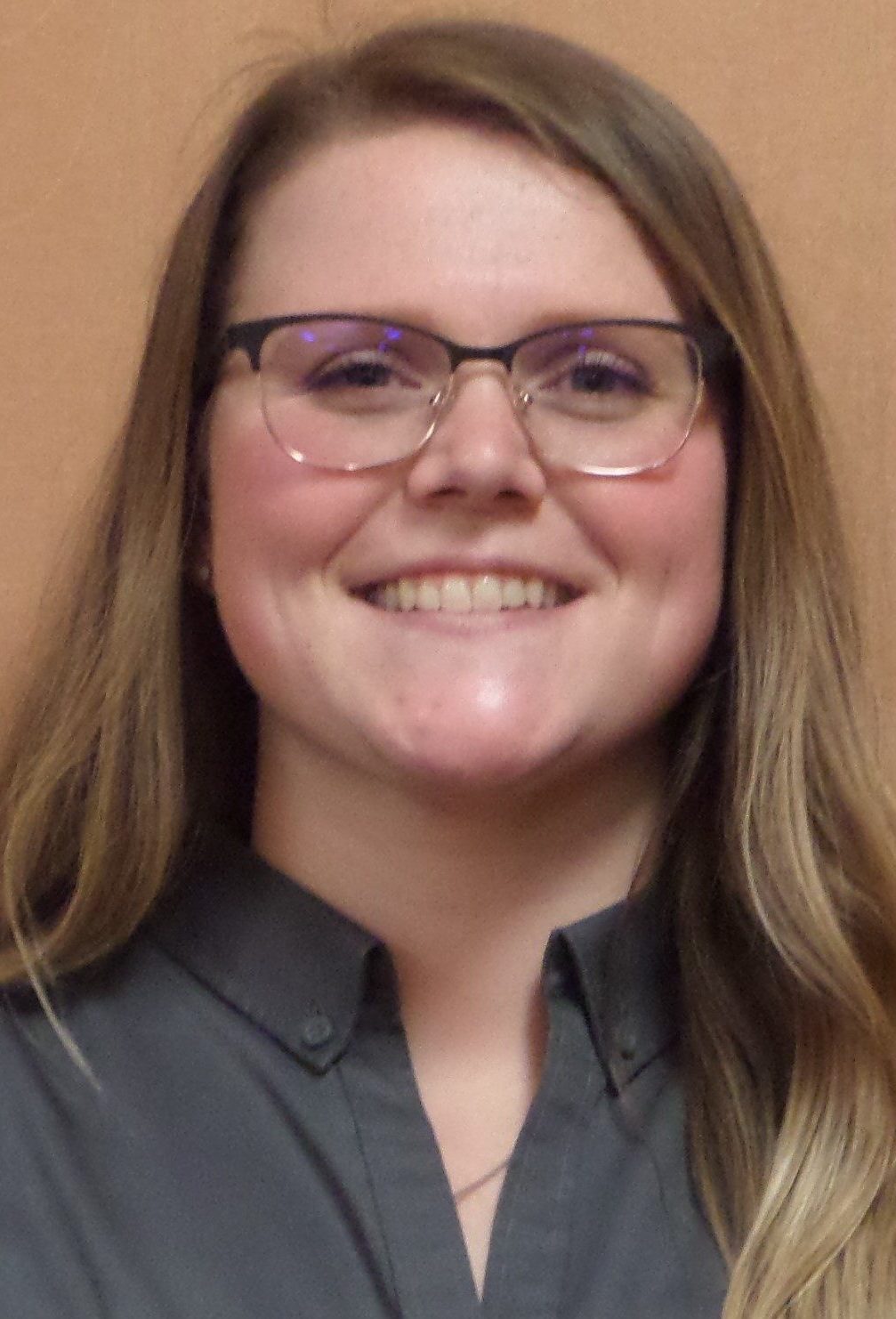 I’ve been with Washington County since July of 2018. Previously I worked for the DOC at Dodge Correctional.

In my current position at Washington County, I am a Booking Officer, Classification Officer, S.R.T officer, and assist as an FTO. I have delved into some Gang training. 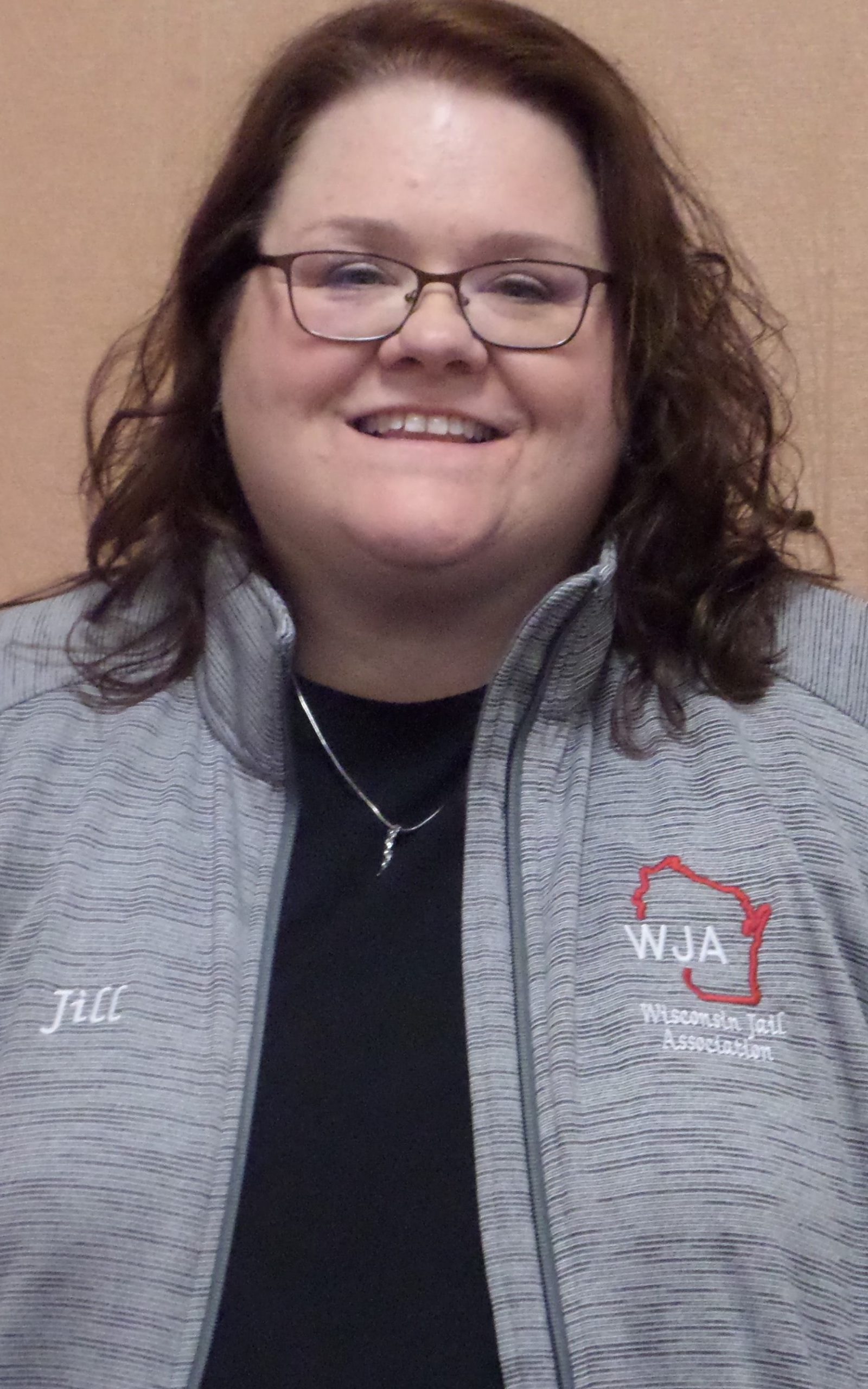 Dept. of Corrections
Probation and Parole
Marinette County
About Jill

Jill Grieser was employed as a corrections officer, and lead classification officer for the Shawano County Jail for 20 years. She has earned an Associate Degree in Corrections Science from Northeast Wisconsin Technical College and a Bachelor’s Degree in Criminal Justice Management from Concordia University.
She is employed by the Wisconsin Department of Corrections-Division of Community Corrections as a Senior Probation & Parole Agent. She joined the WJA Board of Directors in 2012. She previously held the position of Secretary. 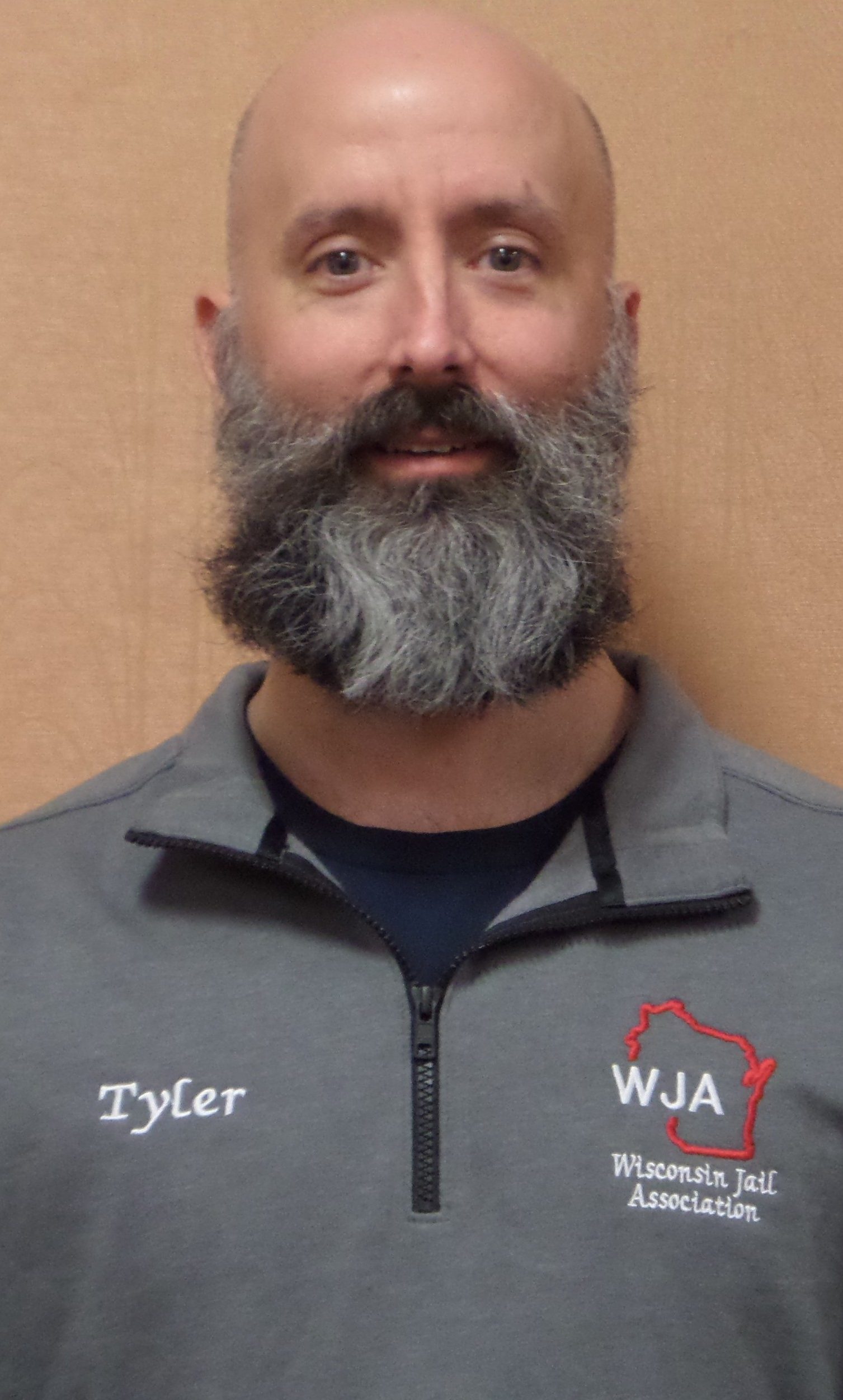 Tyler Edwards has been a Jail Officer with the Douglas County Sheriff’s Office since 1999. He was promoted to Jail Sergeant in 2004 and held the position for the next 14 years. In 2018 he was promoted again to Lieutenant of Jail Operations and most recently in 2020 he was promoted to Captain and holds the title of Jail Administrator.
Edwards has been a member of the Wisconsin Jail Association since 2006. He has held numerous positions in the association to include interim Secretary, Vice President, President, Past President, and currently is a Board Member overseeing vendor relations. 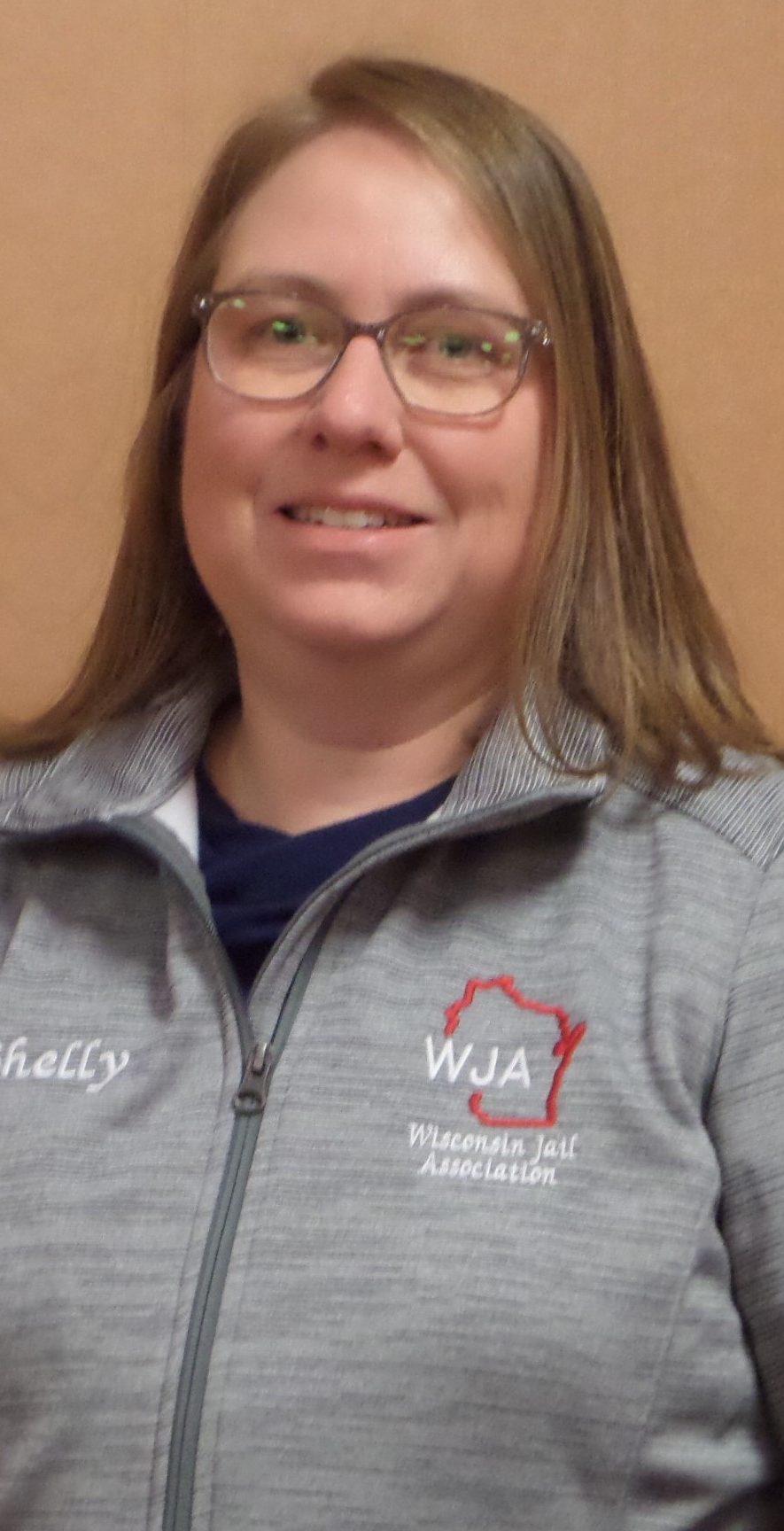 After almost 12 years as a police officer, Shelly came to the Training and Standards Bureau to work with instructor certifications. After four years, she moved into the position that she currently holds as an Educational Consultant working with the Jail and Secure Juvenile Detention preparatory training curriculum.

Shelly also oversees the Officer Wellness curriculum for all the law enforcement programs and is on the PEER Support Advisory Committee through DOJ. Shelly is proud to be an advisory board member to the WJA and is a liaison from WJA to the Training and Standards Bureau.

Shelly holds a BA degree in Criminal Justice from UW-Platteville and a Masters in Organizational Management from University of Phoenix. 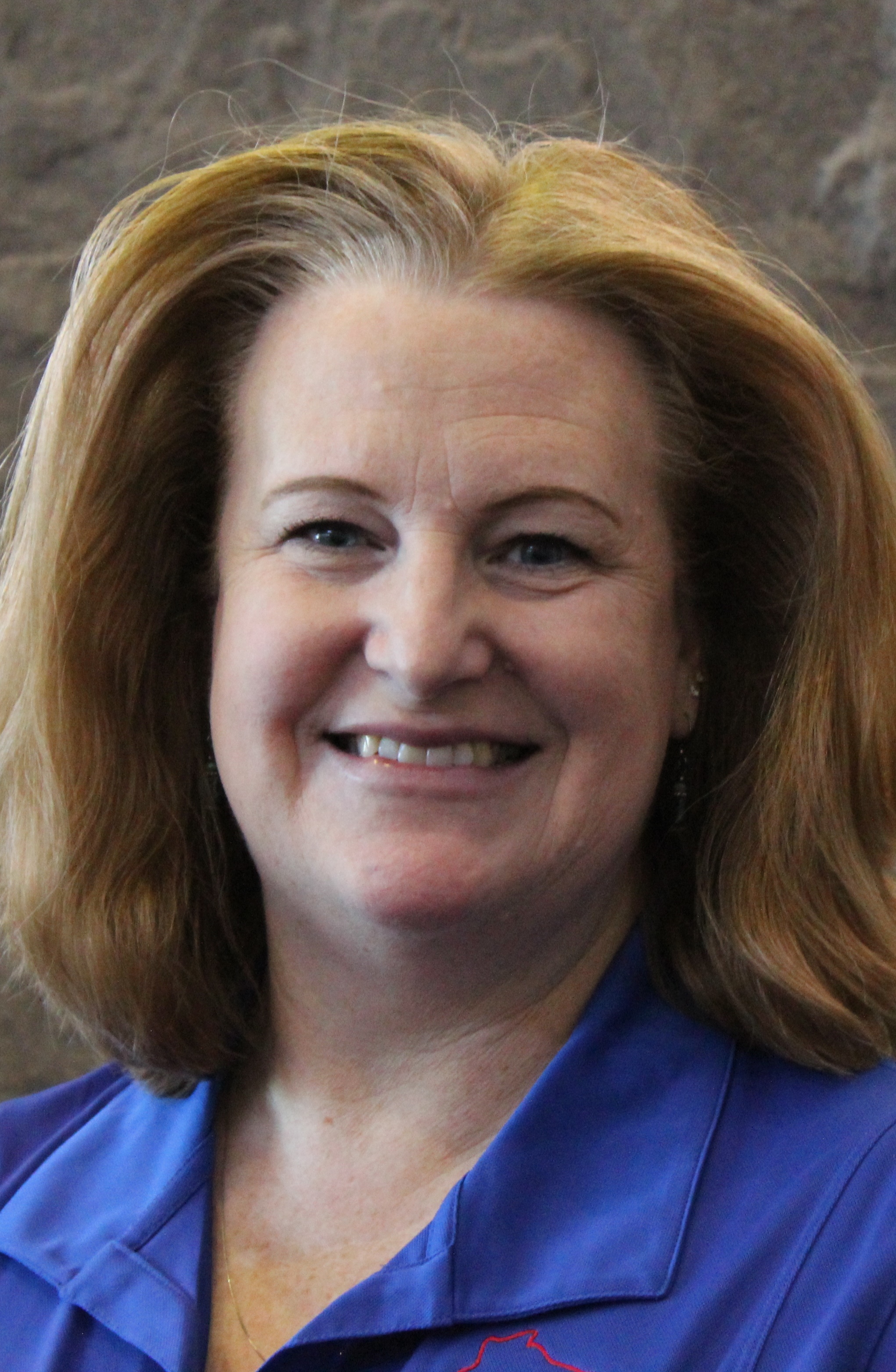 Nancy enjoys working with the counties and municipalities providing technical assistance to enhance operations and promote good correctional practice.
Being on the board for the Wisconsin Jail Association is an honor and working with the committee members is a privilege. The committee has made great strides in an effort to facilitate excellent training opportunities at the Annual WJA Conference and at the additional training dates that have been provided. 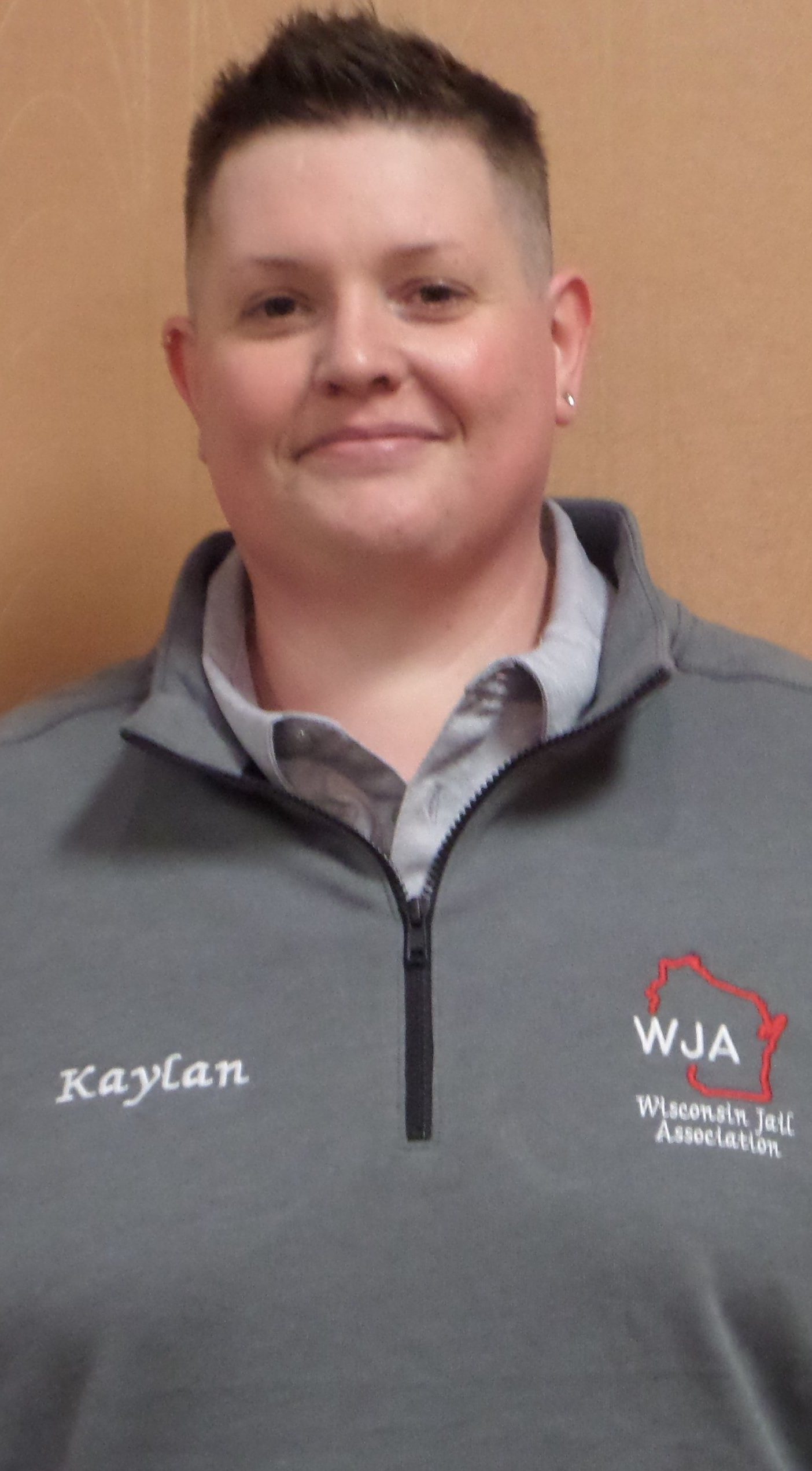 I am a third-generation employee of the Jackson County Sheriff’s Office in Black River Falls, Wisconsin. Over the course of my employment here, which began in 2013, I have held the titles of Corrections Officer, Field Training Officer, and Jail Sergeant. I am now proudly serving in the position of Jail Administrator/ Captain of the Jackson County Jail.

I’m a graduate of the Command College Leadership Program and certified as a Jail Instructor through the Wisconsin Training and Standards Bureau. I firmly believe that continuous education and training are imperative to the field of Corrections, and it is through constant professional development that we are able to maintain the highest quality of service to our community. 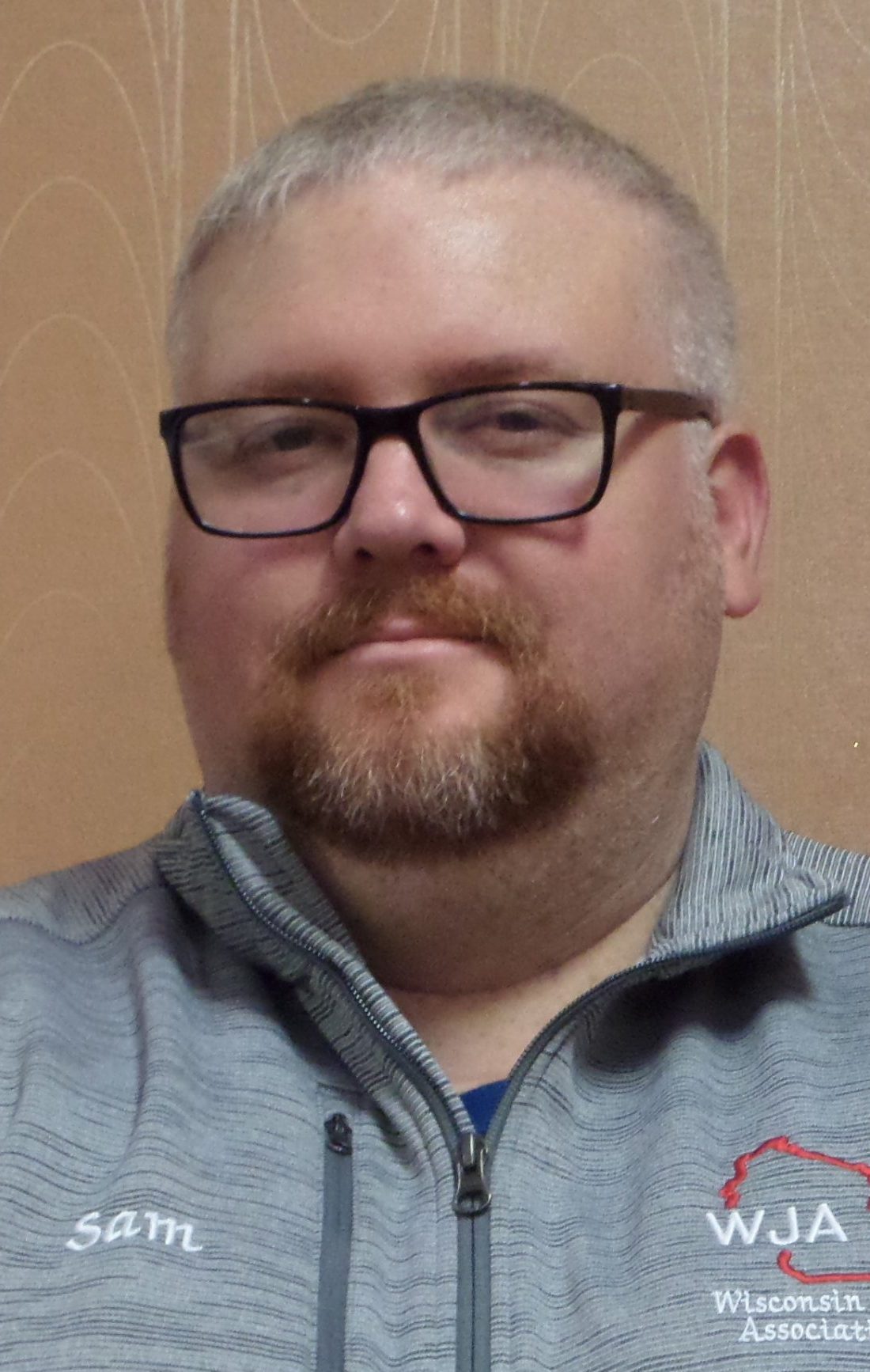 My name is Sam and I’ve been with Walworth County Sheriff’s Office as a Correctional Officer since March 2021. I was previously a sworn law enforcement officer in the state of Wisconsin for several years.

I’ve recently become a training officer and would like to pursue more opportunities in the future.

I joined the WJA as a Board Member not only be part of an amazing organization but gain additional experiences and training opportunities to better myself and my department. 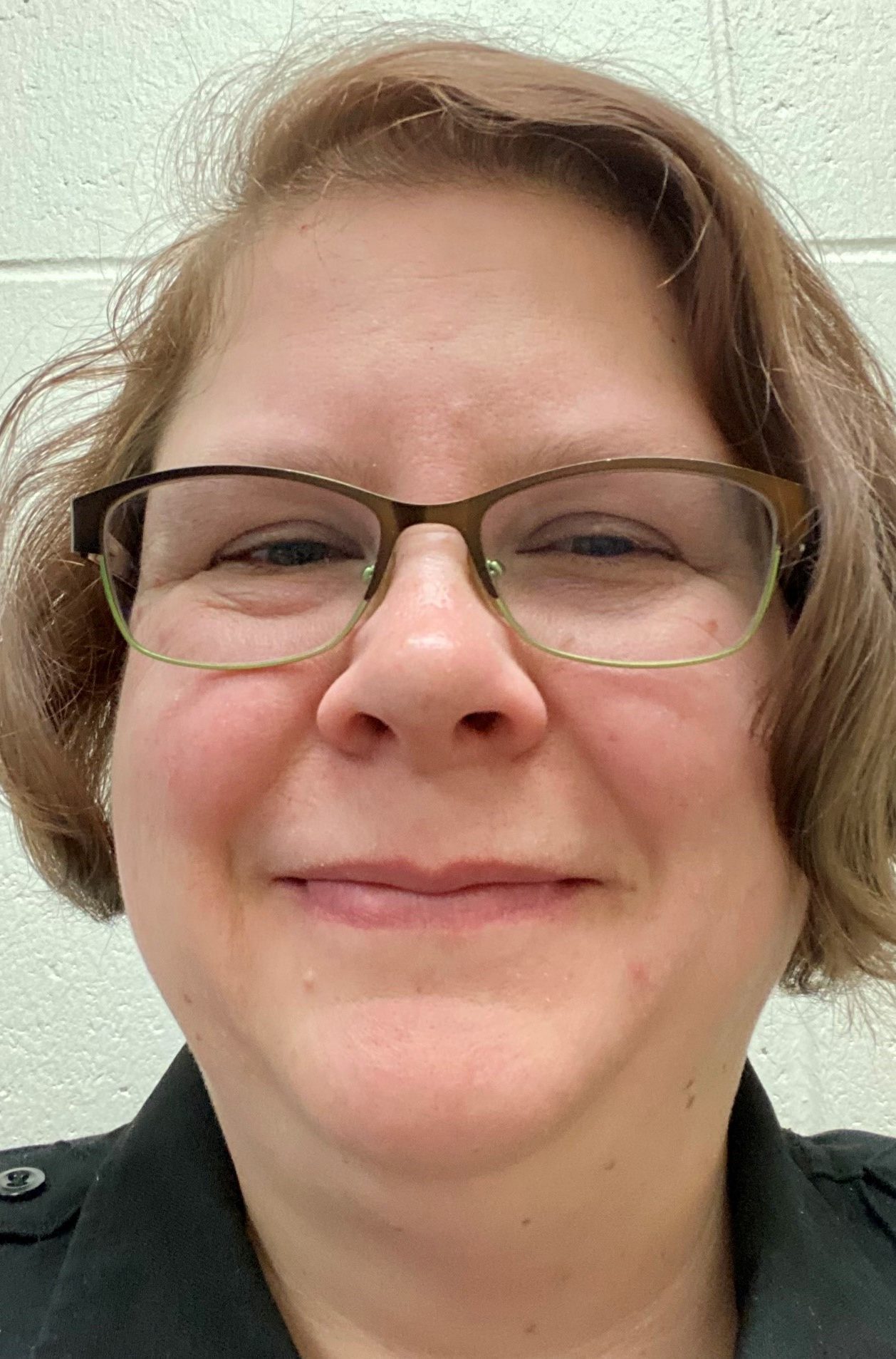 My name is Lorraine and I have been a Correctional Officer with Marathon County for 7 years.
I have filled many roles in my employment. My passion for learning new tasks led me to learn Classification and EMP responsibilities, become an Inmate Worker supervisor, and become a Court Relief Officer. Most recently I attended the Memphis Model Crisis Intervention Training.

I hold an Associates Degree in Criminal Justice from Northcentral Technical College.

I was promoted to Corporal in October of 2021. My philosophy is that you never stop learning in life. In Corrections there is a constant need for learning and training.

I joined the WJA board to help further learning opportunities for our field. 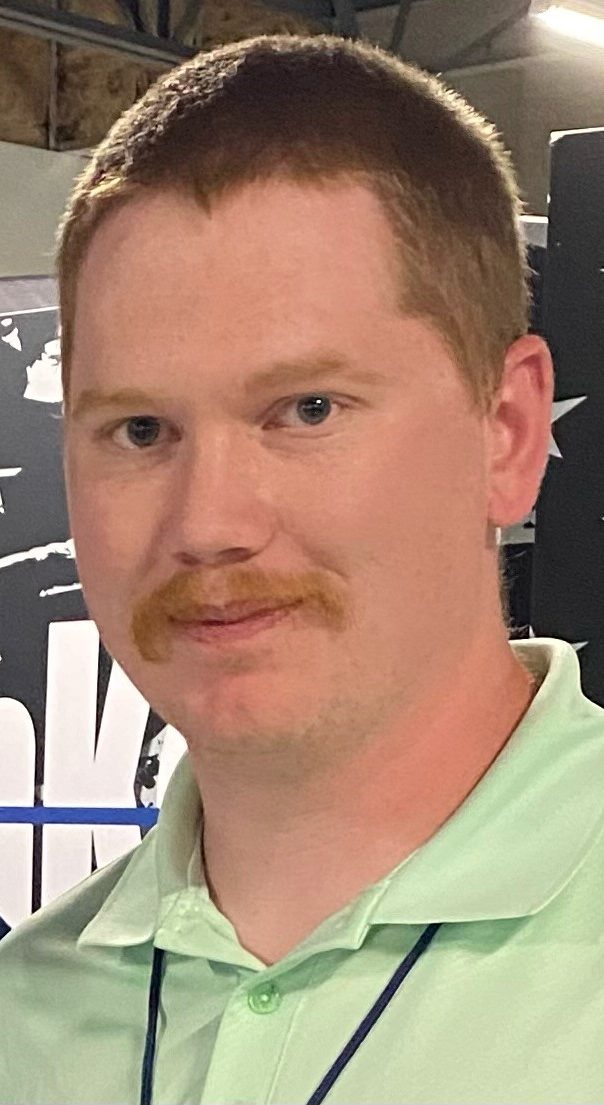 I have held many roles in my time in Jackson County from Officer, Field Training Officer and now Sergeant and Field Training Supervisor. I also head my departments trainings.

In my free time I am a volunteer Firefighter with the City of Black River Falls. I have been with the City Fire Department since 2017.

Since my start in corrections I have loved every moment of it. There is always something to learn. I also love teaching staff. Training in my opinion is and should be at the highest priority. With my position on the WJA I hope to strive to make a difference each and everyday. 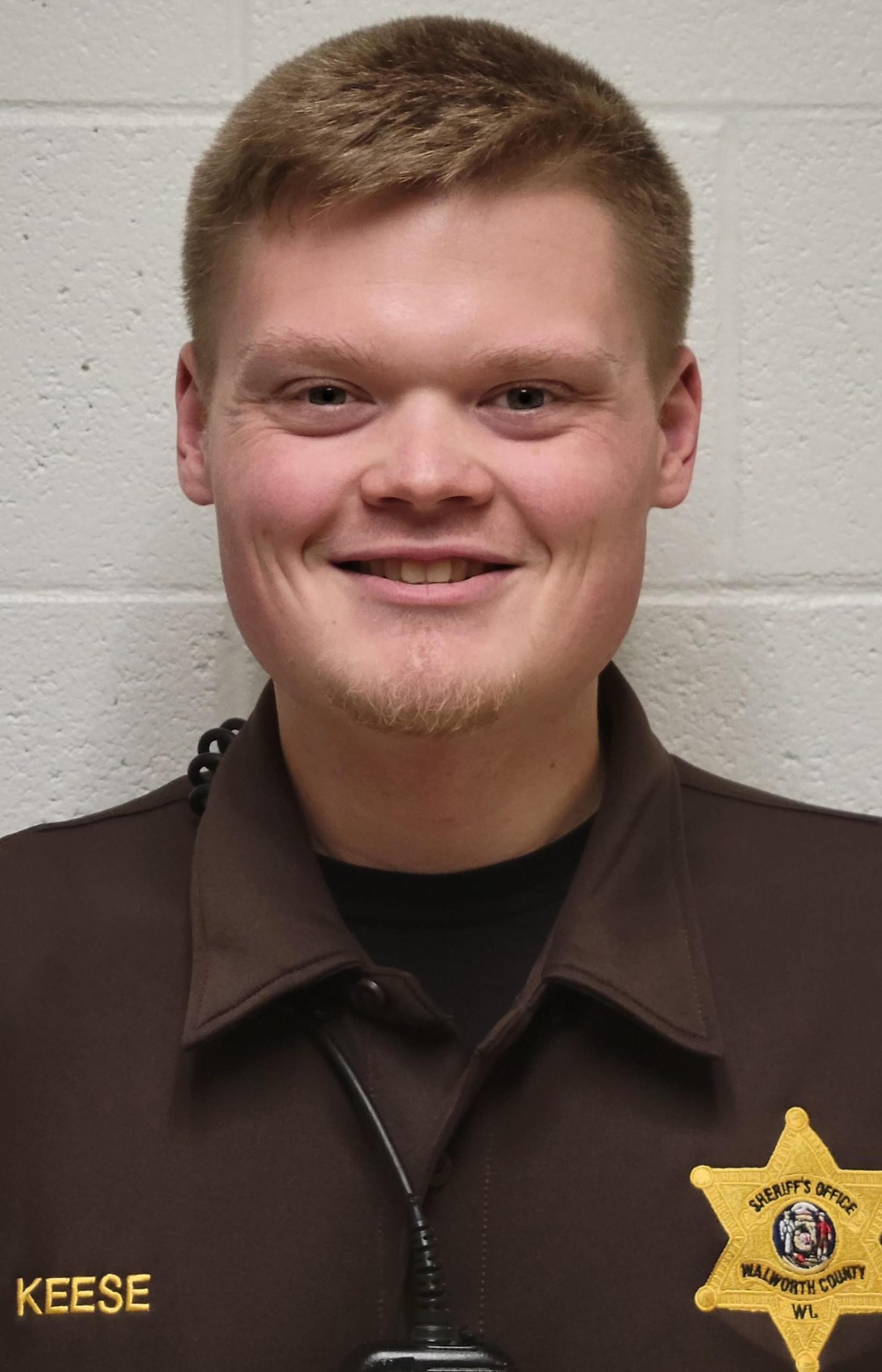 Hello, I’m Maxwell (Max) Keese. I have been with the Walworth County Sheriff’s Office as a Corrections Officer since February of 2019. I serve as both a Crisis Intervention Team (CIT) member as well and a Corrections Training Officer (CTO). I have a passion for teaching and helping others.

I am honored to be a part of the Wisconsin Jail Association Board and am proud to assist in offering great training and learning opportunities to officers from all around the state. 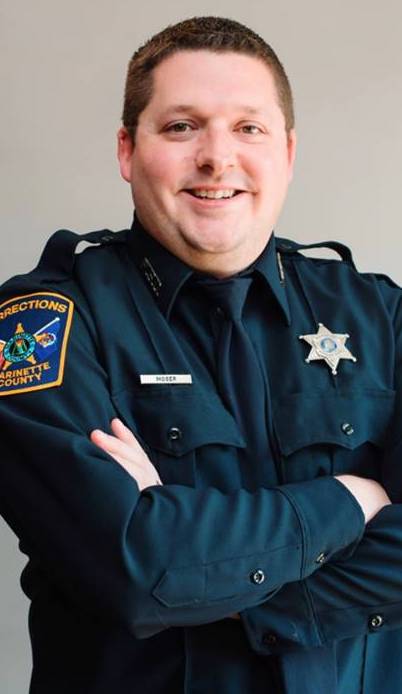 After receiving my Associates Degree for Criminal Justice – Law Enforcement through Fox Valley Technical College in 2011, I began my career as a correctional officer through the Marinette County Law Enforcement Center in 2012.  While there I was able to transition to the Huber/Work Release Officer for approximately two years, overseeing Huber inmates and GPS Monitoring.  Following that, I was hired as a correctional deputy at the Winnebago County Jail.

Finally, in 2022 I accepted the position as the Assistant Jail Administrator for the Marinette County Jail.  Although I started my career with an interest in Law Enforcement with aspirations to be a patrol officer I believe that I have found my niche in corrections.  Prior to entering the field I had no idea the complexities of corrections and all the entities involved.

I have learned so much through my professional career and look forward to learning from my colleagues and other stakeholders in Criminal Justice for many years to come.

Board of Directors Application: